The 2011 Golden Globes last night really delivered on some amazing style choices, and we could certainly pick up a few trends that will last throughout the award season.  Leading ladies of film and the small screen opted for one piece of statement jewelry, pieces that really shined when set against their bright and vibrant gowns, like Claire Danes, Sarah Hyland and Vanessa Williams.  Another popular trend, the always fashionable cocktail ring, was brilliant and big, gracing ladies’ fingers other than their ring finger, like Anne Hathaway, Emma Stone and Amy Adams.  Most importantly, the gowns were bright and rich in color, color, color!  Christina Hendricks, Sofia Vergara and Catherine Zeta Jones proved that dazzling colors look best on the red carpet.  Check out our favorites from the evening, and of course, who took home a Golden Globe! 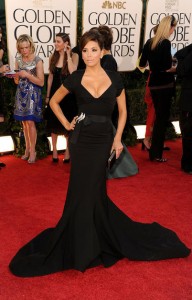 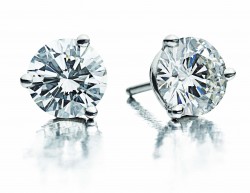 Anne Hathaway has truly emerged as a style icon.  She sparkled in a metallic, backless Armani Prive gown, embellished with Swarovski crystals.  Her large cocktail ring similar to our Arabesque Collection ring by Pomellato in 18k rose gold with brown diamonds was an added sparkler to an already shimmering ensemble. 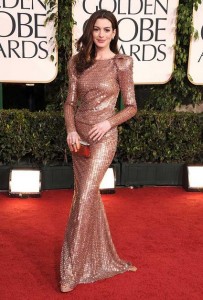 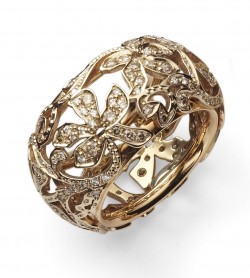 Sofia Vergara brought the color to the red carpet, looking stunning in a honeysuckle Vera Wang gown.  We loved her diamond chandelier earrings, similar to our long flower and leaf diamond earrings in 18k white gold. 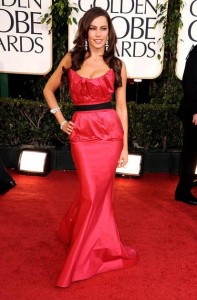 Emma Stone is certainly a rising starlet and her fashion tastes truly represent that, especially in this peachy backless Calvin Klein Collection dress.  With such a simple, figure-hugging outfit, she accessorized with one large, sparkling cocktail ring, similar to our Akoya cultured pearl, black onyx and diamond ring set in platinum by Mikimoto. 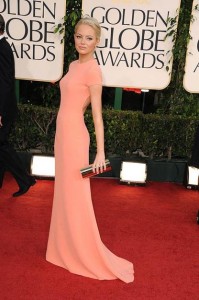 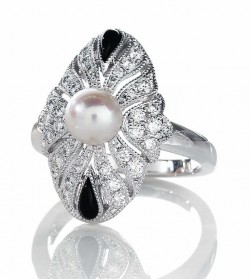 Kyra Sedgewick is always a trend-setting celebrity to watch, and this year she didn’t disappoint.  She shone in an orange Emilio Pucci and accessorized with a stack of gold bangles, but we really loved her turquoise chandelier earrings, similar to our 18k gold turquoise and diamond earrings by designer Elizabeth Showers, which really popped with her outfit. 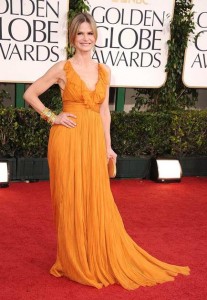 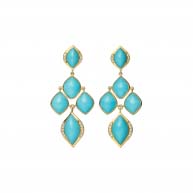 Clad in honeysuckle (the color of the year for sure!) Claire Danes, and Best Actress Winner for “Temple Grandin,” looked spectacular in a vivid Calvin Klein Collection halter gown accessorized with a simple silver cuff. 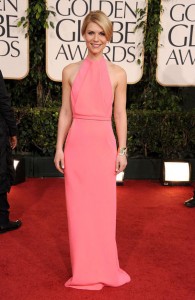 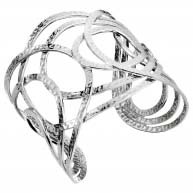 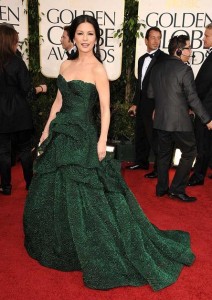 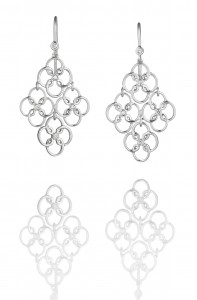 The ‘Modern Family’ actress did a complete transformation from ill-mannered teenager to glamorous starlet, walking the red carpet in an embellished Max Azria gown, accented with a Mikimoto statement necklace, similar to our natural color freshwater pearls necklace set in 18k gold and diamonds with multicolor pearls in peach, pink, lavender and grey. 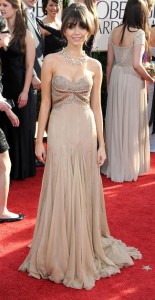 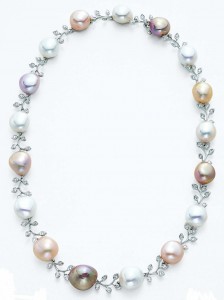 The red headed beauty accentuated her features in an eye-popping red Romona Keveza gown with a ruffled shoulder detail.  Adding the right amount of sparkle, Christina’s diamond bracelet, similar to our three-row flexible bracelet showcasing over 20 carats of diamonds, was a jaw dropper for sure. 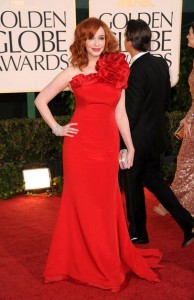 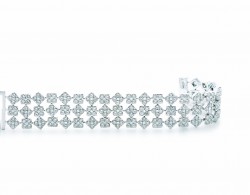 Amy Adams was stunning in a fishtail cut Marchesa gown, complete with a statement cocktail ring, similar to our sterling silver openwork design ring with diamonds from our Arabesque Collection. 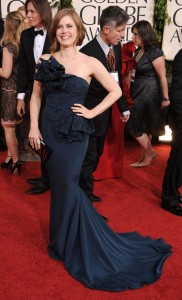 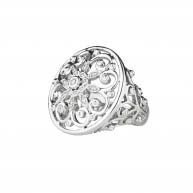 Always willing to take a style risk, Vanessa Williams’ one shoulder pink gown was a hit.  We loved her ‘wow-factor’ chandelier earrings, similar to our amethyst, pink tourmaline and rhodolite earrings in 18k gold. 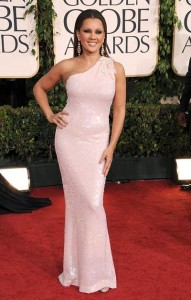 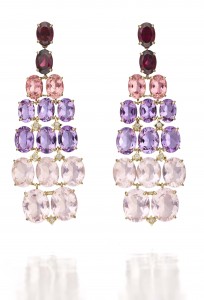 And of course, the winners of the 2011 Golden Globes!

Best Performance by an Actress in a Motion Picture – Drama

Best Performance by an Actor in a Motion Picture – Drama

The Kids Are Alright

Annette Bening – The Kids Are Alright

In a Better World (Denmark)

“You Haven’t Seen The Last Of Me” – Burlesque

Best Performance by an Actress In A Television Series – Drama

Best Mini-Series Or Motion Picture Made for Television

Best Performance by an Actress in a Supporting Role in a Series, Mini-Series or Motion Picture Made for Television

Best Performance by an Actor in a Supporting Role in a Series, Mini-Series or Motion Picture Made for Television

How He Asked: Alisha and Donovan’s Fairytale Hamilton Engagement Story

What is the Most Popular and Average Carat Size for Engagement Rings?

Why It’s Better To Purchase From An Independent Jeweler vs. A Chain Store

Why You Might Want a Yellow Gold Engagement Ring

Hamilton Series: Tracking Down the World’s Most Infamous Diamonds – The Spirit of de Grisogono

Diamond Bracelet and Ring, Given to Elizabeth Taylor from Michael Jackson, On Display at Our Princeton and Red Bank Locations

Understanding the Difference Between Automatic and Hand-Wound Watches

Should You Finance Or Purchase An Engagement Ring? We Make It Easy!

The Storied Lineage of Emerald