The Hidden Meaning of Gemstones 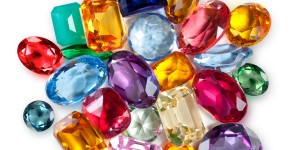 While each gemstone has it’s own unique beauty, many have also been known throughout history to have special meanings.  What is the meaning behind your favorite gemstone?  Scroll below to find out!

Emerald
The deep green gem has long been considered the stone for love, protection and healing. The discovery of emeralds can be traced back thousands of years, to ancient Egypt, Greece, and the infamous Queen Cleopatra. Emeralds represent true love and, according to folklore, are said to change their color if the wearer is in danger. If emeralds aren’t your style, perhaps an emerald cut could suit your tastes a little better! An emerald cut diamond tends to look larger and elegant, as well as creating a vintage feel. 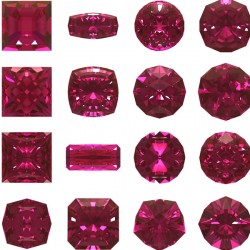 Ruby
Rubies are generally associated with wealth or prosperity. The rich red hue became synonymous with Dorothy’s slippers in Wizard of Oz., but the gemstone itself has been around for centuries. Meant to provide energy and enhance emotions, a ruby is the jewel equivalent of a red rose. Passionate and loving, the scarlet gem is a symbol of deep love and immense wealth. 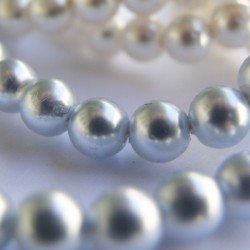 Pearl
Known as one of the classiest gemstones in history, pearls are revered for their timeless look. Pearls are said to symbolize integrity and serenity as well as offering protection. Famous icons have worn pearls such as Anne Boleyn, the doomed wife of Henry VIII, and Jackie O, America’s most fashionable First Lady. Pearls come in different colors, each with their own meaning. A blue pearl means the wearer will find love. A black pearl means impending wealth for the owner; a pink pearl means success or fame. The classic white pearl represents beauty and new beginnings. 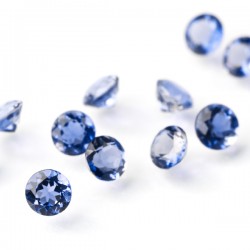 Sapphire
Sapphires are known for their deep electric blue color, even though they can come in several other colors, like grey, yellow, or pink. They are thought to symbolize harmony, trust and friendship. The vividly colored gem is featured in the British Crown Jewels and Kate Middleton’s famous sapphire engagement ring, originally belonging to Princess Diana. Sapphires are becoming more common in engagement rings, as they are generally less expensive than the traditional diamonds and add a bit more sentiment to a ring. 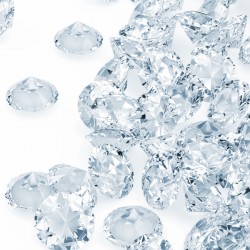 Diamond
Arguably the most famous gem, subject to songs, movies and advertising campaigns, diamonds are the most traditional and timeless gemstone. Coming from the Greek word “adamas,” meaning “invincible,” diamonds are the strongest and most long lasting gem, making them the most popular for jewelry, particularly engagement rings as they symbolize a bond that lasts forever (like a diamond!) 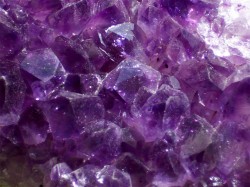 Amethyst
The hazy purple of an amethyst catches the eye, as it is a unique color and not one often seen on a piece of jewelry. In ancient Greece, the stone was used to protect from poison or any maladies. Wearing an amethyst is supposed to bring the wearer clarity and end their anxiety.