When we show a mechanical watch to connoisseurs, they often ask, “How much power reserve does it have?”  What we in America call Power Reserve, the Swiss refer to as “Reserve de Marche,” and we want to explain what it means and how a watch is endowed with power. 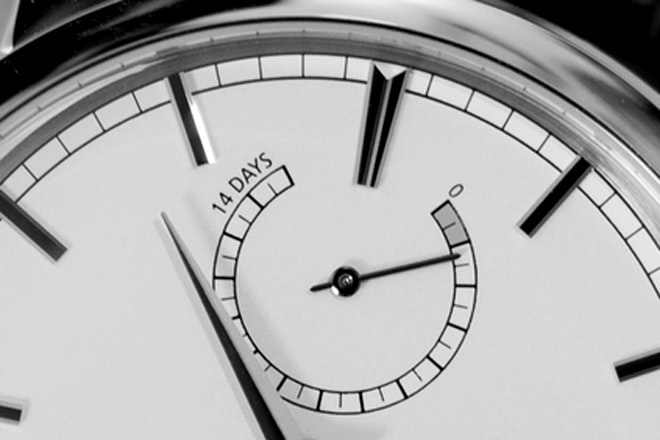 Essentially, when a mechanical watch is fully wound, it is chocked with enough power to keep it running for a pre-determined length of time. By winding the watch, gears, teeth, springs and barrels all play a connected role to keep the watch running. In automatic mechanical watches, a “rotor” or oscillating weight moves with the movement of the arm or wrist and “winds” the watch. In a manual-wind watch, the wearer must manually turn the crown to fully power the timepiece.

Both of these methods essentially wind a long main spring that is coiled and placed inside a cylinder or barrel in the movement. This is where the energy is stored. The spring releases the energy, or the tension, in a consistent manner from when the watch is fully wound until it gets closer to the end of the spring’s tension. In other words, the spring is nearly unwound. This is when the watch would need to be re-wound to fully power it up.

The amount of power reserve inside of a watch is determined by the making of the movement. If it is single barrel watch, it has only one spring; if it is a double barrel watch, it has two strings and the power will last longer. Most mechanical watches typically have at least 48 to 72 hours of power reserve so that if you take your watch off at the end of the night on Friday and leave it off for the weekend, it should still be working on Sunday or Monday, when you don it for work again.

So if someone asks about the power reserve of a watch, it is essentially how long the watch will run without needing to be re-wound or shaken (in the case of an automatic). Many watch brands offer a neat little indicator dial that depicts when the power reserve is getting low. Sometimes this is done with an Up/Down indication, or with a plus or minus sign. Sometimes it is indicated via a hand that runs on an arc from blue or black at the top to red (empty) at the bottom. Some watch brands have even developed their own way of indicating when it is time to re-wind.